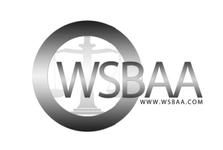 The Purpose of this Association is to promote the interests of Bail Bond Agents and Agencies in Washington State and  to assist in  the development of policies, rules, and regulations beneficial to the Industry and Public. We also strive  to provide  awareness to  Bail Bond Agents and Agencies, along with the public about our industry and promote a collaborative, positive  working  relationship with Law Enforcement, Public Policy Officials, and other individuals to ensure the public interest is served to the best of our abilities.

Article 1: In justice to those who place their faith, confidence, interests in the Bail Agent should endeavor constantly to be  informed of current laws, proposed legislation, Governmental orders or regulations, and other significant information and public  policies which may affect the interests of the client.

Article 2: The Bail Agent should make constant practices of full and complete disclosure to all parties, be they principal or  indemnitor, of any and all possible liabilities, penalties, or detriments which may arise from their involvement in that particular  undertaking which secures the release from custody of a person who is charged with a criminal offense.

Article 3: The Bail Agent should not, prior to forfeiture or breach, arrest or surrender any principal and thereby terminate his  release from Governmental custody unless the Agent can materially show good cause for such action.  Such good cause should  reasonably take the form of judicial action, information concealed, or misrepresented or the renunciation of an indemnitor or the  principal and of which may be considered material to the risk assumed by the Bail Agents.

Article 5: The Bail Agent should supply all indemnitors to an undertaking with a true copy of any document representing a  binding legal contract to which he or she is to be or is being committed.

Article 6: When an examination of the material factors of a potential undertaking reasonably convinces a Bail Agent that he or she  will be unable to undertake that particular bail relationship, the Bail Agent should immediately inform all parties involved that he  or she will not be able to secure the release of the defendant so that the defendant or his or her affiliates may promptly seek his or  her release by another means.

Article 7: Every Bail Agent should comply in full with the laws and regulations governing the transaction of bail in his or her  state.  Such compliance must necessarily include those matters dealing with the trust and fiduciary relationship as it relates to  monies and properties which may secure an undertaking.  The highest moral and ethical practice should be maintained when  entering into a trust or fiduciary relationship.

Section 2: Relations with the General Public

Article 8: The Bail Agent should keep themselves informed as to movements affecting the criminal justice system in his or her  community, state, and the nation so that he or she may be able to constructively contribute to public thinking in matters of  legislation, expenditures, public safety, and other questions dealing with the welfare of the general public.  The Bail Agents shall  strive to find more effective means of fighting crime.

Article 10: The Bail Agent should not, except as provided by law, engage in activities that constitute the practice of law and should  refrain from making comments and representations which may lead the public to believe that the Bail Agent is practicing law.

Section 3: Relations with the Government Sector

Article 11: The Bail Agent, with due regard for the special position of responsibility and trust that this profession places an Agent  in, should assist and cooperate with the judiciary, law enforcement agencies, and public prosecutors in the orderly administration  of justice, so long as such assistance or cooperation does not compromise the honesty and integrity of the Bail Agent or of the  public officer.

Article 12: Unless compelled to do so by law or by court order, the Bail Agent should not divulge or disclose to any person or  agency personal information regarding the principal or indemnitor of any undertaking which has not been forfeited or breached.    The inherent right to privacy of the individual and the position of trust of the Bail Agent demand compliance with this concept.

Article 13: The Bail Agent should make great efforts to verify and confirm any information which he or she may give to a court law  enforcement agency, or any other public agency.  Failure to do so or an intentional misrepresentation of a fact to any one of the  entities must be construed as a breach of the fundamental relationship of trust between the Bail Agent and Government sector.

Article 14: The Bail Agent shall not conspire with other Bail Agents to regulate rates or restrict trade within the Bonding  profession.

Article 15: The Bail Agent should so conduct this or her business as to avoid controversies and conflicts with his or her fellow Bail  Agent and should not voluntarily disparage the business practice of a competitor’s transaction. If his or her opinion is sought, it

should be rendered with strict professional integrity and courtesy.

Article 17: If a Bail Agent is charged with unethical business practices by a Government regulatory agency or by a grievance  committee comprised of his or her peers, the Agent should place all pertinent facts and rebuttal before the accusatory body  promptly and voluntarily for investigation and judgment.

Article 18: The Bail Agent should constantly strive for the highest degree of attainable professionalism. This should be expected  and demanded from all Bail Agents and by all those persons involved in the bonding industry, regardless of position.

Article 19: The Bail Agent should make extensive effort to support, contribute to and participate in local, statewide, and national  Bail Agent associations whose goals are to preserve and enhance the integrity, quality, and honor of the bonding industry.